Through the Years with the Kenny Rogers Band ft. Don Gatlin 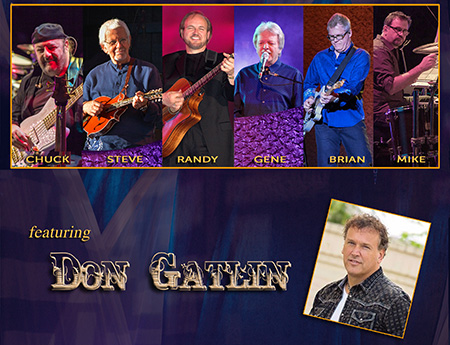 Don Gatlin, longtime friend of Kenny Rogers, has joined Kenny’s original band to present a timeless song catalog while sharing the untold stories from his illustrious career. Kenny was a GRAMMY Award-winning superstar that entertained fans for six decades. Selling over 120 million albums worldwide, he is one of the best-selling male artists of all-time. NOT a tribute band…Kenny’s actual Touring Band.

These programs are supported, in part, by a grant from the Delaware Division of the Arts, a state agency, in partnership with National Endowment for the Arts. The Division promotes Delaware arts events on www.DelawareScene.com